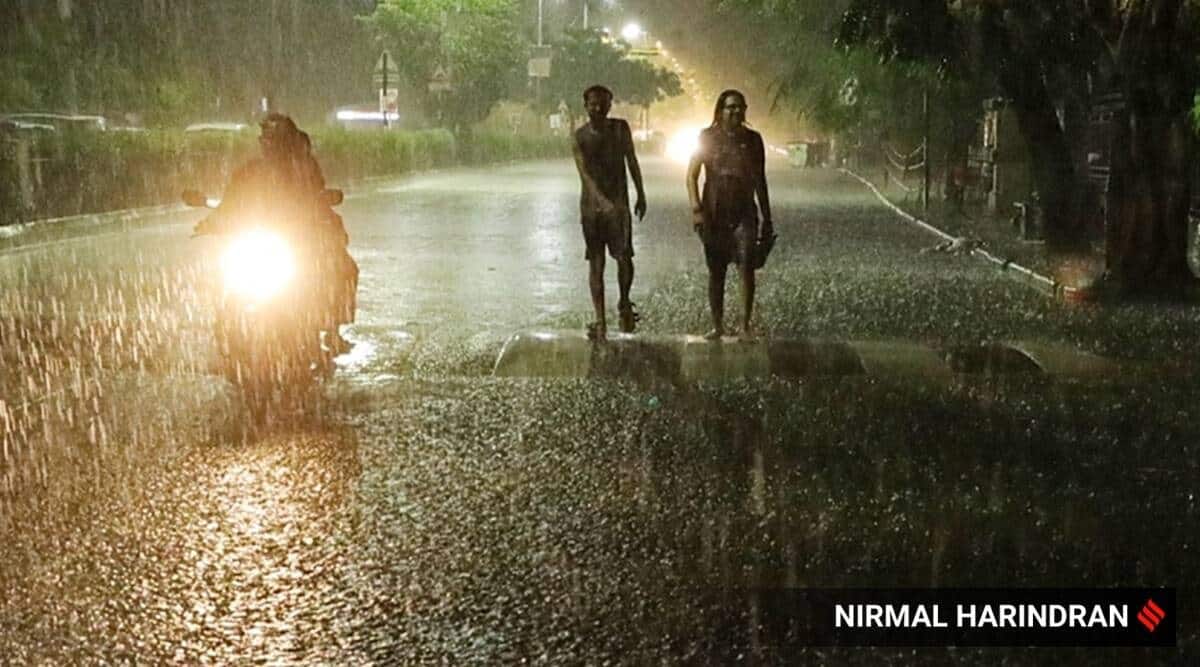 However, the country has recorded 93 per cent of the LPA — 6.3 per cent below normal. This, despite many states like Maharashtra, Karnataka, Goa, Uttarakhand and Himachal Pradesh reporting some extremely heavy rain events in July causing massive flooding and landslides.

Early monsoon onset over many parts coupled with spatially well-distributed rain during June ensured a good start for July. However, a delayed arrival over north India, including Delhi, Haryana, Punjab and parts of Rajasthan is one of the main reasons for the country-wide deficit, especially in July.

The rainfall figures of the India Meteorological Department (IMD) states that the country-wide rainfall has remained in the negative since July 5, majorly contributed by deficient rain over the otherwise high-rainfall recording states — Kerala, Lakshadweep, Arunachal Pradesh, Assam, Meghalaya, Nagaland, Manipur, Mizoram and Tripura. Here, the season’s rain deficit ranged between – 22 per cent and – 62 per cent. Other states or Union Territories having deficient rain during June and July include Gujarat, Daman and Diu, Chandigarh and Ladakh.

“Since the last few years, both Kerala and the northeastern regions have been witnessing a below-normal rain despite recording some extreme rain events during the season,” D Sivanand Pai, head, Climate Research and Services at IMD, Pune, told The Indian Express.

While in June, thunderstorms and pre-monsoon rainfall brought positive rainfall departure for all homogenous regions except the northeast, in July, the picture was completely different.

This was due to the position of the monsoon trough, which remained largely towards the north of its normal position. The off-shore trough remained between Maharashtra and Karnataka as a result of which Kerala was not favoured with good rain.

“But other southern states, including Karnataka, Telangana and Tamil Nadu, recorded good rain during both June and July,” added Pai. That is why, the south peninsular India has, since the start of the season, recorded above normal rain.

With a low pressure system currently prevailing over southwest Bihar and its subsequent north-northwest movement, heavy rain is forecast over Madhya Pradesh and east Rajasthan for the next two days. Fairly widespread rain will continue over Jammu and Kashmir, Punjab, Haryana, Uttarakhand and Himachal Pradesh till August 4.

After September, La Nina conditions are most likely to re-emerge and the negative phase of the Indian Ocean Dipole will continue, but these two phenomena will not have any major negative impact on the ongoing season’s rain activity, the Met officials said.

“So far, the rainfall has been good and well-distributed,” said Pai.

Shares
2021-07-31
Previous Post: Kris Wu, Chinese-Canadian pop star, ‘criminally detained’ on suspicion of rape  – National | Globalnews.ca
Next Post: Man United go back to the ’90s with new away kit inspired by a classic