How hot are the A’s? With an improbable 11th straight win, let’s say they’re sizzling 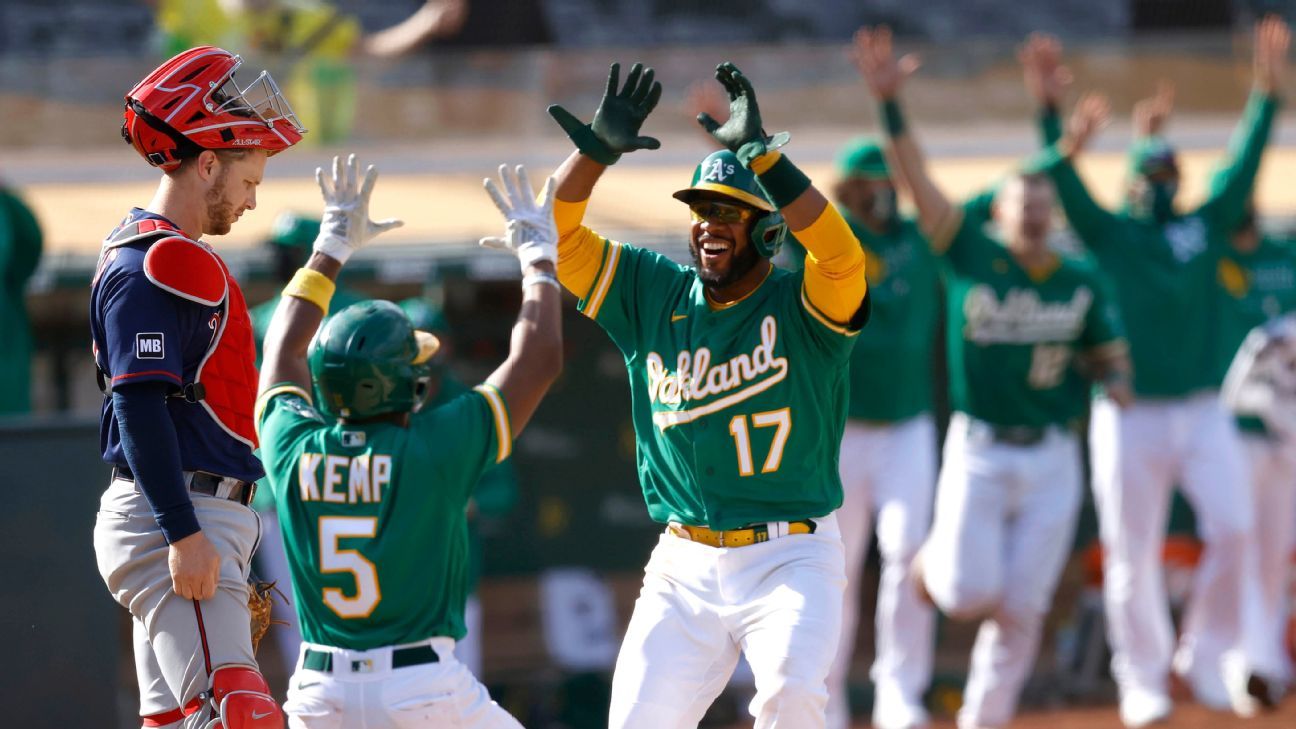 In 1983, the Chicago White Sox would win the AL West title and make the postseason for the first time since 1959. At one point during the season, Texas Rangers manager Doug Rader, unimpressed with the White Sox’s style of play, referred to it as “winning ugly.” It became the team’s slogan.

On Wednesday, the Oakland A’s extended their winning streak to 11 in a row with the ultimate “winning ugly” victory over the Twins, a wild 13-12 contest. The A’s scored three unearned runs in the bottom of the 10th without the benefit of a hit thanks to two walks by Twins closer Alex Colome and then two brutal two-out errors by Twins infielders Travis Blankenhorn and Luis Arraez.

It’s just 19 games into the season and the A’s have already had a full season’s worth of misery and joy. They started 0-6 and it was very much a case of losing ugly baseball. The Houston Astros and Los Angeles Dodgers destroyed the A’s in those six games, outscoring them 50-13. After splitting their next two games, the A’s suddenly flipped a switch and have matched their longest winning streak since their historic 20-game run in 2002, immortalized in “Moneyball” when Scott Hatteberg won the 20th game with a dramatic walk-off home run — after the A’s had blown an 11-0 lead.

“I’m trying to get through this,” A’s manager Bob Melvin said after Wednesday’s game. “Talk about a complete flip of the script. Not only did we get [beaten] the first six games, we got trounced. To come back and put together this type of run, it shows the fight of this team. They never got down.”

Those Moneyball A’s, even after the departure of Jason Giambi, were still a star-driven team, with Miguel Tejada, who would win MVP honors that season, plus the rotation trio of Barry Zito, Tim Hudson and Mark Mulder. This is a much different type of team, especially with Matt Chapman, the team’s best player in 2018 and 2019, off to a slow start at the plate after also struggling in 2020 (and undergoing season-ending hip surgery). The rotation lacks an obvious ace and the bullpen had to replace the departed Liam Hendriks, the game’s best closer the past two seasons.

As is the trademark of the Billy Beane/David Forst/Melvin A’s, they do always find a way to compete. As with those Moneyball teams, they still buy heavily into the Three True Outcomes approach on offense — home runs, walks and strikeouts — although they’re currently just 12th in TTO results, mostly because they’re in the middle of the pack in strikeouts. The Twins made two errors on routine plays to blow Wednesday’s game, but it’s worth noting that Mark Canha and Ramon Laureano did not strike out and managed to put the ball in play in those at-bats.

“Put it in play and something good can happen,” Melvin said after the game.

Matt Olson hits two home runs as the Athletics keep the game tight vs. the Twins.

One area where Beane has zagged in recent seasons while other teams have zigged is spending money to bring in veteran relievers. Many teams have been viewing the bullpen as an area where they can save money since there seem to be an endless supply of young relievers who throw 95-plus and make the minimum salary. That doesn’t necessarily mean they’re effective though.

Beane and Forst seem to like proven relievers. The A’s signed Trevor Rosenthal to a one-year, $11 million contract to replace Hendriks as closer, but he underwent thoracic outlet surgery in early April. While it’s possible he’ll return this season, that’s a difficult procedure to come back from. Jake Diekman‘s two-year, $7.5 million contract, plus a 2022 option, looks like a bargain as Diekman has become one of the best lefty relievers around. Yusmeiro Petit had a 2.74 ERA from 2017 to 2020 while pitching the most innings of any reliever in the league, yet the A’s managed to re-sign him to a dirt-cheap, one-year deal of $2.55 million. He doesn’t throw hard, so apparently other teams weren’t interested. Oakland also signed Sergio Romo, and in spring training traded for Dodgers lefthander Adam Kolarek, one of the best lefty-on-lefty relievers. 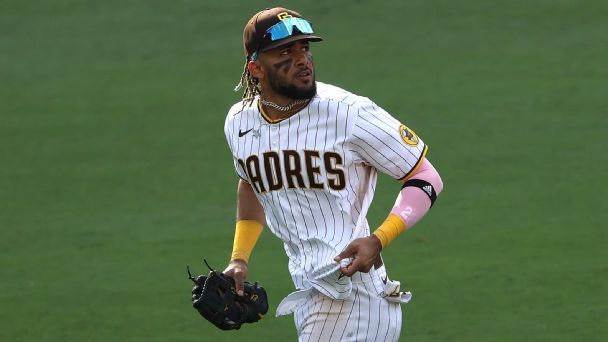 Baseball is back! Catch the 2021 MLB season on ESPN and the ESPN App.

Are the A’s for real or is this just an early hot streak? Well, given the early woes of the New York Yankees and Minnesota Twins, plus the Tampa Bay Rays potentially taking a small step back, and the San Diego Padres scuffling at 10-10, I voted the A’s second in this week’s power rankings. I’m a believer. Never bet against the underrated Melvin getting the most out of his team.

I see three major keys for the A’s:

1. The young rotation needs to live up to its potential. Despite Oakland winning the division title last season, the rotation was more solid than special (16th in ERA, 13th in FanGraphs WAR). Obviously, it got off to a bad first turn through this season and Frankie Montas struggled on Wednesday, but the A’s combined for four shutouts in their previous five games. Jesus Luzardo remains the one Oakland starter with tantalizing potential, but he’s still just 23 with 89 career innings.

2. Olson and Chapman need to have big seasons. The two combined for 72 home runs in 2019 (even though Olson missed 35 games) and 22 last year, but also had big OBP issues in 2020 (.310 for Olson, .276 for Chapman). Canha and perhaps Lowrie are nice supporting actors, but Olson and Chapman have to carry the offense.

3. They need to figure out shortstop. They traded for Elvis Andrus to replace Marcus Semien, but that was a roll of the dice and he’s hitting .143. Maybe they can live with Andrus’ bat if his defense holds up, but the Rangers seemed to think his range had declined. It wouldn’t be surprising to see the A’s eventually shopping for an upgrade on the trade market.

For now, the A’s are just enjoying the ride.

“Once the baseball gods happened, I knew we were going to win,” Laureano said Wednesday.

A’s fans don’t usually view the baseball gods wearing green and gold — too much postseason angst the past two decades — but in a wide-open American League, maybe it’s their time.

How the new NBA play-in tournament works, and who ...
Green fetes Curry with meal, wine on Lacob's tab
Sri Lanka players agree to tour England without co...
Lakers brace for GSW's 'head of the snake': Curry