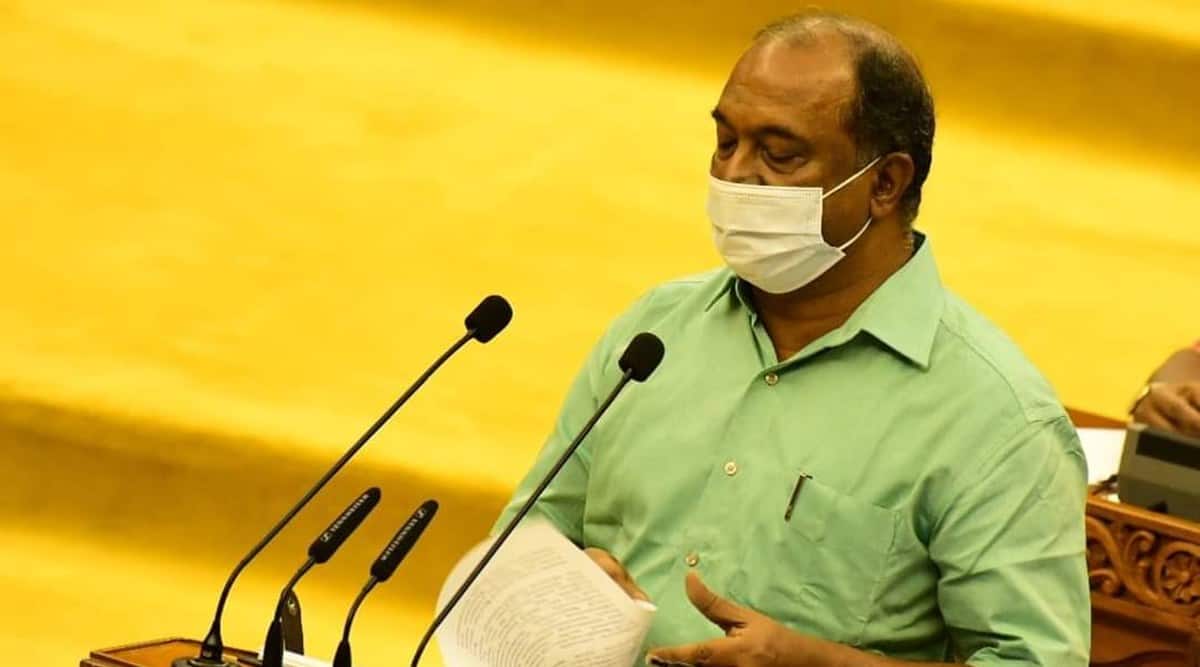 A Covid-19 stimulus package worth Rs 20,000 crore; allocation of Rs 1,000 crore for free distribution of vaccines for all above 18 years; Rs 1,500 crore for first-phase conservation of fragile coastal areas; a scheme to reduce extreme poverty; and no new tax proposals — these are some of the important announcements in the revised budget presented by Kerala Finance Minister K N Balagopal Friday for FY 2021-22.

As Balagopal’s predecessor T M Thomas Isaac had presented a full budget in February, and with the LDF government returning to power in the state in the recent elections, the budget was merely a continuation of Isaac’s proposals.

While the long-term aims of the government for the state remain unchanged in critical sectors, Balagopal had to weave in additional funds for bearing the cost of vaccine distribution and to manage the financial distress in the backdrop of the devastating second wave of the pandemic.

Though the minister said increasing taxes was inevitable considering the state’s financial situation, he decided not to announce any new tax proposals in the context of a large section of the population suffering the effects of the pandemic.

The finance minister said the Covid-19 stimulus package would include Rs 2,800 crore to tackle the health emergency situation in the state, Rs 8,900 crore which will be disbursed directly to people facing loss of livelihood and Rs 8,300 crore towards interest subsidy for loans to help rejuvenate the economy.

The budget’s emphasis on strengthening the health sector in the state is visible through several initiatives, such as introducing isolation wards for contagious diseases at all community health centres, taluk, district and general hospitals; separate blocks in medical college hospitals for combating contagious diseases like Covid-19 and Nipah virus; enhancing bed strength of pediatric ICUs; and setting up a liquid medical oxygen plant of 150 metric tonnes capacity.

As a politician who takes a keen interest in environmental issues, Balagopal’s imprint on the budget is clear on that front. A comprehensive package has been announced to contain the effects of floods through better systems like ‘room for river’ as implemented in the Netherlands, ‘living with water’, and eco-friendly construction. The first phase of the project will receive an allocation of Rs 50 crore with an estimated expenditure of Rs 500 crore. The project will involve water resources, environment and local self government departments.

In a big boost for Kudumbashree, the state’s women empowerment mission, allocation for the livelihood package has been increased to Rs 100 crore, while Rs 10 crore for starting value-added production units is also visible in the budget.

Among the important announcements is the government’s decision to convert 3,000 diesel buses belonging to the KSRTC to CNG. This is aimed at reducing the corporation’s operational losses and carbon footprint.

On the tourism front, Balagopal announced additional funds of Rs 50 crore for marketing and Rs 5 crore for launching amphibious vehicles that move both on land and water as part of the first phase. Two new tourism circuits — Malabar literary circuit and bio-diversity circuit — have been announced. The Malabar literary circuit will connect places associated with literary giants of the state like Thunjath Ezhuthachan, Vaikom Muhammed Basheer, O V Vijayan and M T Vasudevan Nair. The bio-diversity circuit will connect places such as Ashtamudi Lake, Kottarakkara, Maruthimala, Jatayu statue and Munroe Thuruth in Kollam district. Kottarakkara is incidentally the constituency of the finance minister.

Rival’s Brother held: Facing fight within, Maldive...
President Ibrahim “Ibu” Solih of Maldives arrives ...
Only when industry invests in J&K will it translat...
The relationship between Jammu and Kashmir and the...
National Gallery of Australia to hand over 14 arte...
The National Gallery of Australia (NG...
Your Daily Wrap: Delhi court grants bail to Mohamm...
Observing that “the voice of dissent is necessary ...