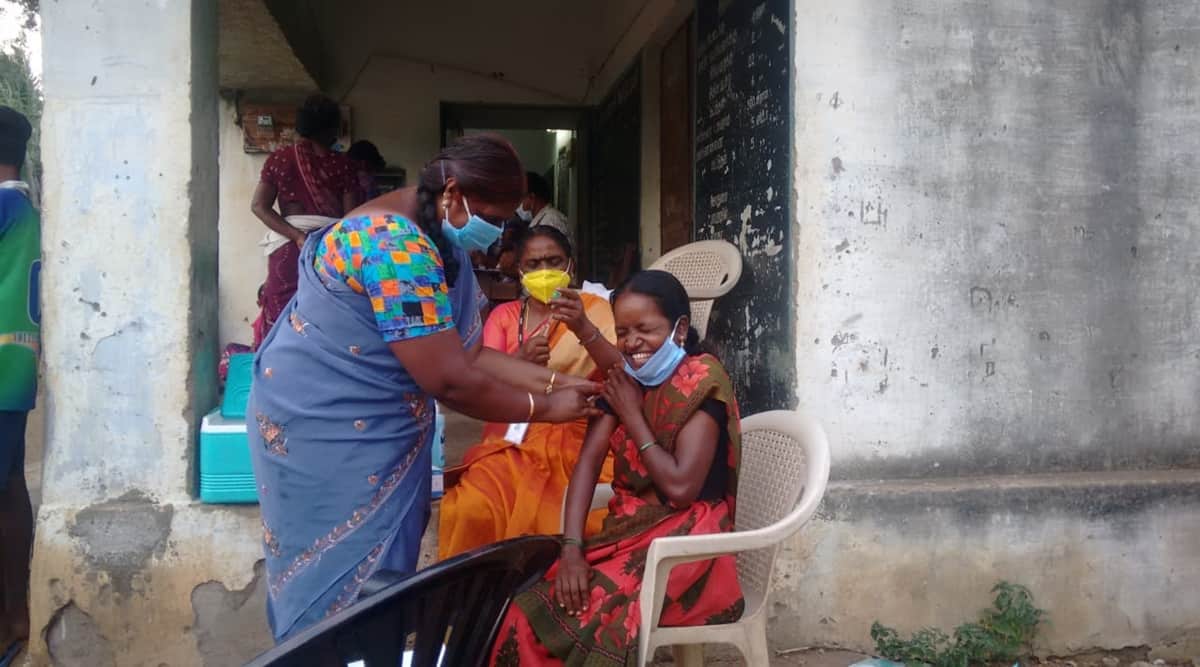 Nilgiris has become the first district in Tamil Nadu to achieve 100 per cent Covid-19 vaccination with the first dose among the eligible tribal communities and tea-estate workers.

Speaking to the reporters on Monday, Nilgiris collector J Innocent Divya said 21,500 eligible beneficiaries belonging to Toda, Kotha, Kurumba, Paniya, Irula and the Kattunayakan tribal communities have got the first dose. The remaining 300 eligible people will be vaccinated in a day or two, she said.

Divya said Health Minister Ma Subramanian had instructed the district administration to complete the first dose of vaccination by the end of June during his visit earlier this month.

Various NGOs like Nilgiris Adivasi Welfare Association (NAWA), Nilgiris Wayanad Tribal Welfare Society were roped in and special vaccination camps were organised in more than 400 tribal hamlets in Nilgiris which has a population of 2,75,000.

Speaking to Indianexpress.com, Pushpa Kumar, the secretary of Nilgiris Particularly Vulnerable Tribal Groups Federation (TNGT) and a community organiser for NAWA, said except for people who were advised by the doctors not to administer the vaccine, rest have all been vaccinated. There are no active cases, he added.

Over 21,500 eligible beneficiaries have received the first dose. (Express photo)

“Hundred per cent vaccination was our target and we were happy to achieve that. People were initially hesitant to get vaccinated, they said the virus won’t affect them and the primary health care centre health workers who went to their settlements for the drive were sent back by the community. So based on the district collector’s instructions, we stepped in and held a meeting with the tribal community leaders. We explained the benefits of the vaccination and requested them to convince their community members to get inoculated. Before every vaccination day, we will reach the area to make sure the people are in a good frame of mind to take their shots. These community members came out only after seeing TNGT volunteers as they are known to them over a period of time,” he said.

Kumar said that the vaccination drive would begin by around 8 am and go on till 11 pm every day. Volunteers would have to go through areas where wild animals are often spotted, he said.

“Even on days when there was heavy rainfall, we carried out the drive. Since it is a hilly terrain, vehicles would get stuck on the way, water would get into the vehicle but we kept going. In fact, a couple of our volunteers slipped and got hurt while trying to bring people who are afraid of vaccination to the camp,” he added.