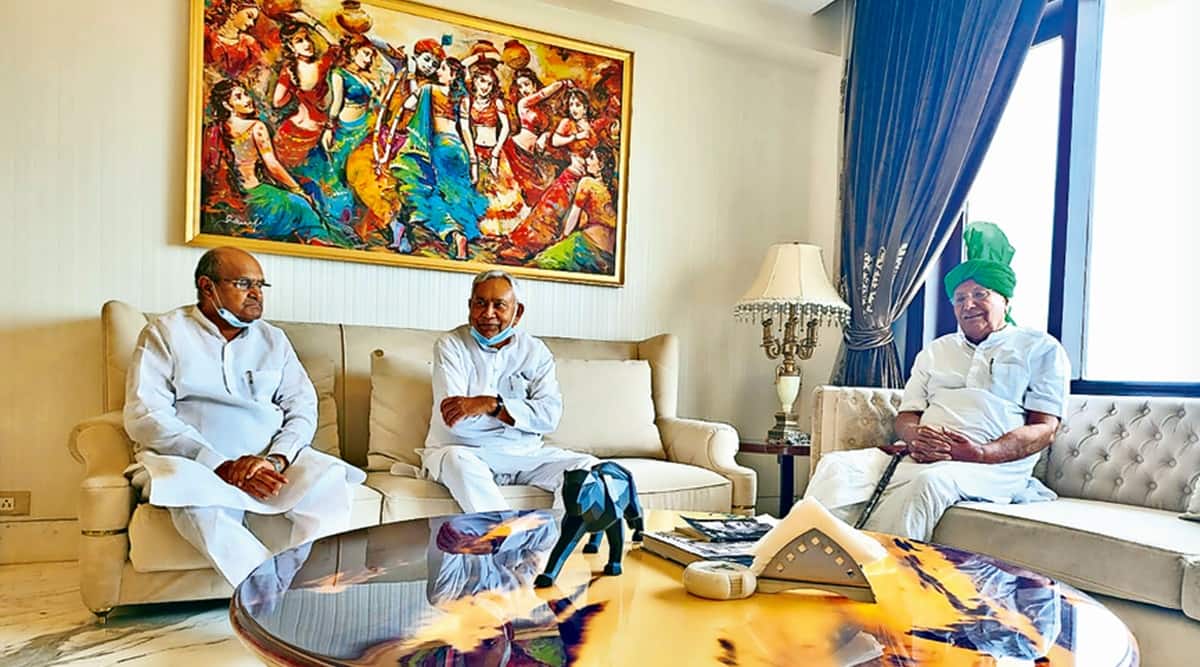 Chautala had earlier spoken about his idea of exploring a third front option on the birth anniversary of his father and former deputy PM Choudhary Devi Lal on September 25.

Nitish, who met Chautala after six years, reportedly reiterated JD(U)’s ties with NDA. The meeting assumes significance in the backdrop of the JD(U) expressing its differences with the BJP on the issues of caste census and population control policy.

JD(U) national spokesperson K C Tyagi told The Indian Express: “Nitish shared a great political bond with Chautala’s father Choudhary Devi Lal. Both come from a strong socialist background. It was more of a courtesy meeting than any attempt at political overtures.”

Chautala, however, reiterated that he would continue to meet like-minded leaders to explore options of a third

At a previous press conference, he had said, “People are in utter distress due to which it is extremely important to topple the current regime. I will try my best that a third front is constituted. INLD will contact all opposition parties at the national and state levels to constitute a third front.”

Tyagi, however, said JD(U) had been working to extend the party base beyond Bihar. “UP elections are coming up. Our leaders have been talking to the BJP for a possible tie-up. Party leaders will soon start touring UP,” he said.

Asked if Nitish was trying to open avenues for himself by meeting Chautala, Tyagi said: “It was a meeting of two socialist leaders. We cannot stop people from interpreting in a manner they want.”

The JD(U) will hold its national council meet in Patna in last week of August and endorse election of its new national president Rajiv Ranjan Singh a.k.a Lalan Singh.